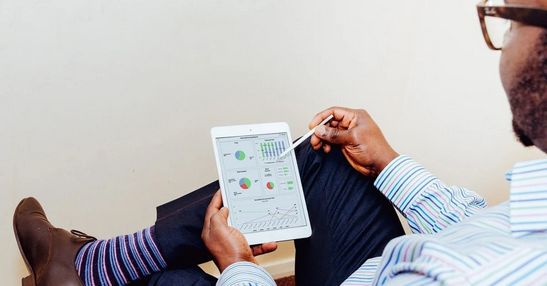 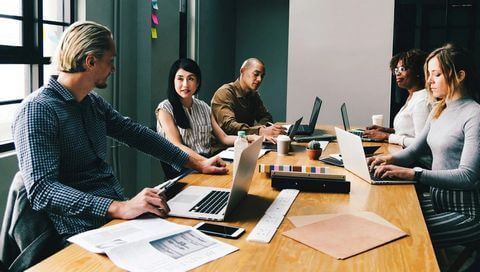 The "Retail Apocalypse" Myth and the Case for Mobile Data Collection

Unless you've been avoiding the news for the better half of a decade, you've likely heard or read the words "Retail Apocalypse."  To some extent, the media isn't wrong to call the signs of a dramatic change in the market the end of retail as we know it. Households in the US spend 50% more online than they did five years ago, and one report predicts that more than 75,000 stores will close by 2026. However, the situation is much more nuanced than clickbait articles care to explain.

Let's start by debunking the myth that in-store retail is exponentially losing ground to online megasellers like Amazon. Ninety percent of all retail still happens in a brick-and-mortar store, and online shopping only accounts for around 10% of retail sales in the United States.

That's mostly due to customer choice. For instance, auto sales, personal care items, and groceries involve products that consumers would prefer to buy in person. There's also the matter of convenience: although same-day shipping is available with some online retailers, it's prohibitively expensive and adds extra steps to a single purchase. If you're suffering from a headache, you're more likely to stop at a drugstore than wait for Prime Shipping.

It's true that something big is happening, however. Last year, total retail sales in the US increased by 4.1% to $3.63 trillion, and online retail's share of that increase was over fifty percent. Big retailers like Toys R' US have folded and flagship brands like Sears have gone down the path to bankruptcy. It's true that online distributors are  quickly growing and brick-and-mortar stores are shrinking slowly. But, downsizing might be precisely what the stagnant retail industry needs.

In an interview with the Washington Post, analyst John D. Morris of the firm D.A. Davidson called the changes in the retail industry "a healthy cleansing." According to Morris, "We're in the middle of a multiyear retail purge. Companies are finding when it comes to stores, less is more."

He goes on to explain that more streamlined stores will be the most successful trend going forward: smaller inventories, fewer choices, and better organization. Modern customers have the option of seeking out alternatives to in-store prices and options online, so offering them a quicker, more comfortable shopping experience is much more likely to make a sale.

Another answer to online among traditional retailers is accommodating the "showrooming" trend among savvy shoppers. Showrooming involves visiting a retail store to inspect products in person, such as clothing or furniture, only to go online for a better price or options. With the expectation that these shoppers will visit a store, retailers are using in-store pickup options, exclusive coupons, and other "webrooming" tactics to convert showroomers into in-store sales.

However, turning stores into showroom-friendly zones or coaxing online shoppers inside with offers, apps, and smaller stores won't prevent the inevitable downsizing. Retailers will be forced to identify their lowest-performing stores and determine which locations can be saved—and which ones must be purged.

The Good, the Bad, and the Salvageable

Most brick-and-mortar retailers employ field auditors who investigate issues like store cleanliness, employee behavior, product displays, and inventory selection. This field workforce will soon be the front line in understanding where things are going wrong and whether stores can be salvaged.

When it comes to separating the long-term potential of a store from short-fluctuations or simple bad practices, retailers need to measure by more than just revenue. A customized retail data solution can be used to dive deeper into issues like store size, the selection of products, the number and efficiency of employees, and so on.

Each retailer is unique, and each will have their own most reliable metrics. While they shouldn't get carried away measuring every possible data point, they also shouldn't focus only on recent revenue. That's just a small part of the bigger picture.

At Form.com, we've helped many retailers by empowering their field auditors with tools that clearly communicate which stores, products, and processes are underperforming. This provides managers and executives with the insight to make data-driven decisions and the speed to prevent lost profit.

Data-driven decision-making also softens the blow to employees and managers caught in the middle of the so-called "apocalypse." Shuttering a store that provides jobs to dozens of people is never an easy decision, but clear reports and impartial data can often relieve any feeling of "fault."

Ultimately, the retail industry will continue to evolve and meet the demands of an increasingly mobile, savvy, and selective market. Choosing which stores can be transformed to appeal to the next generation of shoppers and which ones will be closed can be difficult, but it is much more effective with reliable performance data.term market

Preparing for the Future

For many brands, this represents a chance to start over. The clean slate offered by necessity is likely to bring exciting innovations to the marketplace. However, that doesn't mean that retailers should grow comfortable once they've shrunken the stores and begun to appeal to online shoppers.

The next several years will bring increasingly difficult decisions for retail executives. Not only will they be forced to choose which stores to keep, but they'll also have to decide how to use the data they collected. Using tools like BI Dashboards and custom reports will make communicating each decision and the data to back it up faster, easier, and smarter.

With better data comes a greater understanding of what the future holds and how to deal with it. While it may not be the silver bullet for volatile market forces, a complete, data-based picture of retail performance can prepare a company for anything.

Want to learn more about how Form.com can help your organization deal with the so-called "Retail Apocalypse?"

Get in touch with a Form.com solutions expert today.

These Stories on Management

How Mobile Forms Stack Up Against Paper and Spreadsheets in 2021

How the Hotel Industry Can Adapt to COVID-19 Through Innovation

FORM.com provides purpose-built enterprise solutions which are configured to each customer's specific needs. Contact us now to learn how FORM.com can work for you.